(Note this is an edited version of video 35): Dr. Dennis P. Allen Jr. gives a brief history of inertial propulsion including the Boeing CMG inertial propulsion technology, the Veljko Milkovic oblique (that is, slanted) pendulum driven cart, the legendary Dean drive, and Elon Musk's SpaceX's apparent IP technology to keep their very low level communication satellites from falling from the sky due to orbital decay. The CNPS members' two invitation emails had an attempted computer simulation of this Milkovic cart as an attachment with the observation that this simulation failed because it was strictly Newtonian without any mention of energy (and so energy conservation) and his mechanics implies separate conservation of angular and linear momentum; but, in viewing the video of this cart in motion, one only sees the trading of angular swinging momentum for cart chassis linear momentum (because of bob centrifugal force) instead. And then the various alternative mechanics that might do better than Newton's here are briefly mentioned & discussed such as Davis Mechanics, Maurice Coulombe's patented mechanical device, Eric Laithwaite's IP devices, Harvey & John Fiala's important IP patent, and Gottfried Gutsche's more modern energy over momentum IP mechanics.

Join critical thinker and science writer Harry Ricker as he talks on Faraday’s experiments in electromagnetic induction - a continuation of his two prior talks on this fascinating subject!

51) Bill Lucas discusses the evolution of the scientific method.- Part 2

Bill Lucas reviews and goes into greater detail on his Part 1 discussion (#39 in this series). He discusses the scientific method and how it declined in modern physics. Bill reviews Poincare's Meta Theory. Bill details Elon Musk's breakthrough efforts, based on Bill's early prototype work, on being able to capture CBM radiation to provide virtually free energy.24/7.

Dennis Allen presents the foundations of Gutschian Mechanics and contrasts it with Newtonian Mechanics. Newton made a simplification in developing his mechanics and Gursche replaces that simplification with an explicit treatment..Gutsche prioritizes distance traveled over time traveled and energy over momentum. Gutsche's Mechanics predicts inertial propulsion whereas Newton's doesn't.

Harry Ricker starts off by looking at linear accelerators to see if Special Relativity's prediction of mass increase is supported. Others interact with Harry's discussion and also present alternative non-relativistic models.

David Bower discusses looking for a simpler, more intuitive explanation for some of the rotational effects of gyroscopes. While some detailed math is discussed, the key ideas are mostly discussed at the conceptual level. The discussion is interactive with a variety of different views being put forward..

Dennis Allen extends classical mechanics to address some unexplained phenomena such as the exploding wire problem and why some examples of rotating mass lose weight.

46) Three Perspectives On Different Versions of the Lorentz Transformations (LTs)

Nick Percival starts with some general points about Lorentz's original LTs versus Einstein's observer centric LTs. Then Harry Ricker goes into much greater detail on those two versions of the LTs and adds some brief comments on the Selleri Transformations. Harvey Scribner discusses the lesser know and quite different Ed Dowdye Extinction Shift Principle model and derivation of the LTs.

Ian Cowan reviews the empirical data on the constancy vs non-constancy of the speed of light. Ian also compares Maxwell's EM equations to Hertz's equations and to using the total derivative approach of fluid mechanics. (Note the video starts with some very brief, spontaneous, pre-presentation comments on Climate Change.) 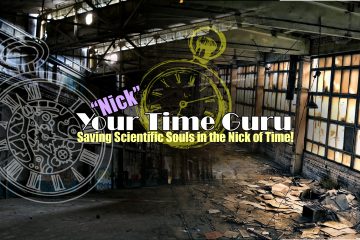 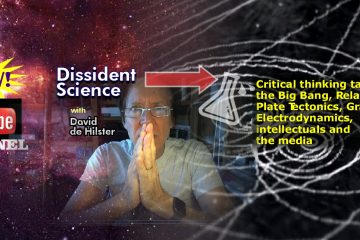